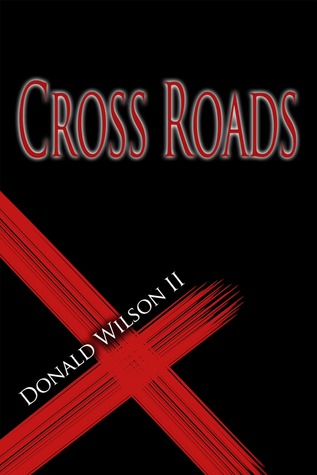 Being sixteen, homeless and surviving on her wits has made Shawna’s life more than a little challenging. Now she is also the target of the Doma, creatures who appear human, and is on the run. She has never bothered anyone and makes it a point to stay in the background.

So why are they trying to kill her?

After barely escaping with her life, Shawna must ally herself with an agent from the only group capable of stopping them and keeping her alive: The Acolytes.

They relocate to a small, rural town and Shawna begins her intense training to join the covert group. She also manages to find friendship and gains the attention of a charming and handsome young man.

Things seem to be going great for once until her new life is interrupted and she is forced to put her training to the test.

Shawna’s world will never be the same again, if she can survive.

I got this book from the author in exchange for a review and none of my thoughts are altered by that. This book was a decent read. For me it got boring at some points and then it would be really interesting. I think the characters in this book were very interesting and different but I also really enjoyed reading from the main character and her story. If you want something that includes friendship, action, and finding yourself then go for this book!

Okay I think we’ll just dive right into this review because there is  a decent amount of stuff to talk about. First, I knew Ty wasn’t trustable. Like it makes too much sense. He has literal super fighting powers, Ty leaves for “England” and Shawna gets attacked by the Doma. I just wish someone could had seen that Ty wasn’t a good guy. Like he even came to Colorado around the time Shawna did! The ending was a pretty…cliff hangery because they had to escape with some of the Doma still alive. I think the ending battle was pretty cool with the battle on the roof and stuff. However I think the action in the ending battle was a bit dull. If the author improves on that this book would have been better.

The characters in this book were very unique. Decker and Gibbs are so smart, wise, and they can fight. Chloe is the friend that is always there for you and will scream when you tell them about your date with your crush. Then Shawna is the new girl who is just trying to make friends and maybe have a normal life while having some fun at it.

The writing in this book wasn’t bad. Of course it could have been better since there were some parts I didn’t understand too much. The plots were well planned and I think that saved the book just a but from its confusing writing. Of course it’s not very okay with the fact that the writing is a little unclear but it’s not a problem you can’t fix over time.