Aaand that’s the new blog URL. Yes it is a Blogger blog I really hope none of you think I moved to self hosted because…well my blog isn’t worth spending all the money to do that…yet. As for the Bloglovin I am currently working on changing the URL so as of now if you don’t follow THIS blog’s Bloglovin go ahead and do that! The URL will change soon and hopefully the posts will go with it. But just in case it would be great to follow both blog’s Bloglovin.

If there are any changes I will be sure to notify you on this blog and the Blogger blog but for now, so long WordPress! We had a great run. (But I still will be on here commenting on other people’s blogs don’t worry) So for the last time,

Okay, well second to last. This is my last legit post. Tomorrows post will just be a post with a link of my new blog but today’s post is just a goodbye post. I was here on WordPress for about 7 months and 7 months may not be a lot for some people who have been blogging for like 3 years but 7 months is a good while for me. In about 2 months I will be blogging for a full year, but shhh that’s not very big. It will get big when it’s my first blogiversary that started from this blog.

So you may know why I wanted to leave WordPress. Don’t get me wrong, WordPress is great. I love the posting format but I felt like I was very trapped in a blog design I didn’t enjoy. I was always trying to customize it and after awhile, it just didn’t work out of me. Plus my Goodreads widgets weren’t updating as quickly as I wanted them to so that got frustrating. It may be weird to move just because of a few minor things but appearance of a blog and how I can customize it is kind of important to me. I also know I have a pretty good amount of follows here on WordPress and Bloglovin so tomorrow when I publish the link for the new blog I will also provide the Bloglovin link to follow my new blog. I hope you guys stick with me through this move and I love you guys. Thank you so much for a great time on WordPress and let us continue on with Next Page Please!. Goodbye and let us continue on with this journey. 🙂 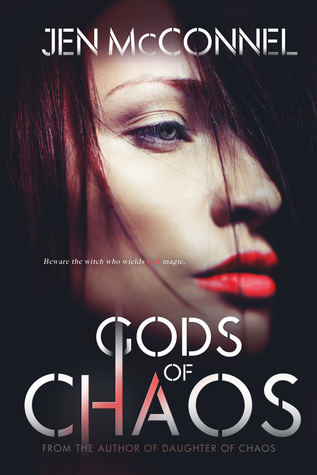 The gods of chaos cannot be trusted.

When Darlena Agara declared to follow Red Magic last fall, she had no idea what she was getting into. Since then, however, she’s had a crash course in danger, deceit, and destruction. In an effort to gain an ally, Darlena heads to Scotland in search of another Red Witch, but she didn’t count on the new obstacles (and crazy gods) that await her.

END_OF_DOCUMENT_TOKEN_TO_BE_REPLACED

This is a meme I started and thought I’d (with a lot of help from Ula @Blog of Erised) that I’d make a schedule of the posts to come if anyone wants to join in 🙂. The aim of this meme is to share with fellow bloggers a character, spell, chapter, object, quote etc. from the books/ films/ J. K. Rowling herself or anything Potter related! Each topic will be posted on this page for the week. There will also be free week where everyone can decide whatever topic they want! Hope you enjoy!

Best joke of the series?

END_OF_DOCUMENT_TOKEN_TO_BE_REPLACED

This month we read…

Published by: Henry Holt and Co.

Hunted across the True Sea, haunted by the lives she took on the Fold, Alina must try to make a life with Mal in an unfamiliar land. She finds starting new is not easy while keeping her identity as the Sun Summoner a secret. She can’t outrun her past or her destiny for long.

The Darkling has emerged from the Shadow Fold with a terrifying new power and a dangerous plan that will test the very boundaries of the natural world. With the help of a notorious privateer, Alina returns to the country she abandoned, determined to fight the forces gathering against Ravka. But as her power grows, Alina slips deeper into the Darkling’s game of forbidden magic, and farther away from Mal. Somehow, she will have to choose between her country, her power, and the love she always thought would guide her–or risk losing everything to the oncoming storm.

To view the other half of this discussion, click here! There are some spoilers so just be aware of that!

Q: Were you more excited to start this book because we forced ourselves to wait a month to read it?

Lauren:This was actually one of those books for me where I don’t remember how much I enjoy the writing/characters UNTIL I pick it up and start reading again. I was kind of excited to get back into it, especially because I decided to read it kind of early in the month compared to when I usually would. I’m actually glad that we waited to read this book and have another month before reading the final book. I feel like the series is almost too heavy to binge-read, if that makes sense. I am pretty eager to get to the final book though now that I’ve finished the second one; the ending was kind of crazy… but we’ll get into that later!

Kaitlin: I do agree that this series is very heavy with so much action and stuff going on. I don’t know how I am going to handle the last book since last books of series are always the most heaviest and I was so emotionally drained by just this book.

Q: Did it stack up to your expectations?

Lauren: Yes and no. I honestly wasn’t sure what to expect! With the way the first book progressed and ended, I truly had no idea what the next book was going to entail. This series is definitely one where I am constantly AMAZED at the author’s creativity. Some books you can kind of predict what’s going to happen or what you’d like to happen. With this series, I genuinely have no idea what the author is going to think up next. I like that though, because it makes it SO much more unique than other books. The only way it didn’t meet my expectations was that I thought there’d be much more action. The first book focused a lot on world-building and travelling all over the country…but so did this one. There wasn’t heavy action until the very end.

Kaitlin: I agree with the fact that there wasn’t enough action during this book. There was some in the beginning and a decent amount in the end but the middle part was very slow and just not as exciting to read as the end.

Q: Did it take you a while to get into it or did you pick up right where you left off?